The renowned football legend, Lionel Messi gave a huge shock to the football fraternity on Tuesday after he reportedly told Barcelona that there have been talks about him wanting to leave the club. Regarded as one of the greatest players ever, Messi has played only at Camp Nou during his entire career and his desire to now leave the club amid internal turmoil has given rise to numerous speculations as to where the Argentine forward will be headed next.

However, amid the serious transfer talk, Indian Premier League (IPL) franchise Kolkata Knight Riders (KKR) has decided to take advantage of the situations with a hilarious tweet, asking Messi if he’d like to don their jersey ahead of the IPL 2020.

ALSO READ: Harbhajan Singh Sends A Message For His Fans In Tamil

Re-tweeting a news report on Messi’s chances of moving his base to Manchester city, KKR on Wednesday tweeted a morphed photo of the Barcelona star and wrote: “Mr. #Messi, How about donning the Purple and Gold?”

Mr. #Messi, How about donning the Purple and Gold? 🤔😂 https://t.co/oplGLuxpFC pic.twitter.com/QSoJpsRsWi

Messi decides to leave one day before our Wednesday announcement 👀

Manchester City, Paris Saint-Germain and Inter Milan are in line to buy the services of Messi, who is among the greatest players in history and has wages to match, with a reported weekly salary of nearly one million euros.

Some of the reports of ESPN has said that Messi has had a conversations with Manchester City manager Pep Guardiola last week about a possible move. A Barcelona-based Brazilian journalist also said Messi has the urge of playing under his former Barcelona coach.

Messi joined Barcelona’s youth academy at the early age of 13 and made his debut in 2004 as a 17-year-old, before going on to as many as 634 goals for the club, wbich is record in itself. 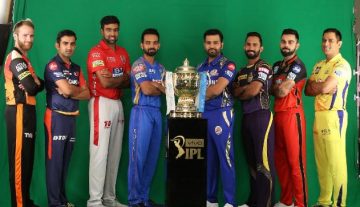