Ever since, former India skipper, MS Dhoni has been on a sabbatical from competitive cricket, there has been a plethora of discussion regarding who will become the next wicket-keeper batsman. After the 2019 World Cup, the Indian team management had announced that Rishabh Pant will be their all-format player behind the stumps.

However, Pant has not been able to perform as per the expectations of the team management barring a few good knocks, but his glovework has always been skeptical. Team India has even tried out Sanju Samon in one game against Sri Lanka earlier this month, but he also failed to impress.

ALSO READ: Akhtar Feels He Has More Money Than The Hair Sehwag Has On His Head

Ironically, ahead of the Australia series, there were a plethora of discussions about Rahul’s batting position in the playing XI with the comeback of Shikhar Dhawan in the squad. In the first ODI, he came to bat at no.3 and the move failed drastically and hence, he had to come to bat at no. 5 where he amassed as many as 80 runs in just 52 balls and also became the man of the match. In the final ODI, he got to open the innings with Rohit Sharma as Dhawan got injured.

In the Australia series, Rahul amassed 146 runs at an average of 48.67 and apart from that he took four catches and effected a brilliant stumping to dismiss the Australian skipper, Aaron Finch. As a result of his brilliant efforts, Kohli on Sunday said the team will continue with KL Rahul as the wicketkeeper-batsman “for a while”. He said, “It is just that Rahul really brings in good balance if he can keep and bat that well in that position. He has come into the slot and he has done well so we will have to persist with that a little bit and see where that takes us and not necessarily be confused about the other options we have.”

ALSO READ: Virat Kohli Hints Of Continuing With KL Rahul As A Wicket-keeper

Ever since his performance behind the gloves, Lokesh Rahul has been compared with the former Indian skipper, Rahul Dravid, who had donned the wicket-keeping gloves in the 2003 World Cup. KL is now be expected to keep the wicket in the upcoming limited-overs series against New Zealand as well which comprises 5 T20Is and 3 ODIs.

Pros and cons of wicket-keeping

However, continuing with Rahul as a permanent gloveman might lead to his downfall in terms of his batting as keeping continuously for 50 overs might take a toll on his body. Being a makeshift keeper is a different thing but keeping regularly in every game will not allow him to bat up the order consistently, where he has scored most runs in his career barring the knock in the second ODI against Australia. However, he can become a permanent wicket-keeper in T20Is as keeping for 20 overs isn’t that much big a task as compared to the 50-over games.

If the team management manages to keep Rahul in the playing Xi as a wicket-keeper batsman, he can be a great asset for the team as it will give an option to include an extra batsman in the Indian team similar to the 2003 World Cup when Dravid was asked to keep the wickets. 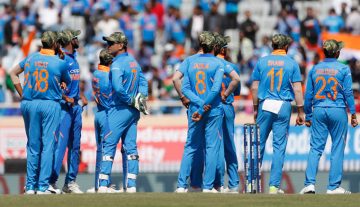