The Indian opener, KL Rahul suffered a huge blow in his cricketing career after his controversial episode on Koffee With Karan a year ago. He was provisionally suspended and had to go back home midway from the tour of Australia. But the Karnataka batter hasn’t looked back ever since and after a year, he is one of India’s most consistent run-scorers at the top of the order for India.

Rahul was also a part of India’s World Cup squad where he batted, both as an opener and at no.4. However, the transition wasn’t an easy one for Rahul, who started losing his temper quite often after the fiasco in the TV show. Going down the memory lane, Rahul said that those times were difficult for him as well as for his family, who were mindful of the society.

During an interview with GQ India, Rahul said, “Everybody kept saying time will heal, but you don’t see it as a young guy. I hadn’t really performed well earlier in Australia [December 2018-January 2019]. There was that frustration. It was tough on my family as well because my mom and dad worry about society, what people will say. I sulked, I won’t lie. The only thing that made me forget what was happening was training, cricket, and some golf. Now, after a year, when people say ‘time heals’, it started to feel true.”

Rahul, who suffered a huge setback in his career along with the all-rounder, Hardik Pandya, admitted that he needed the driving force to keep ongoing. After the incident, Rahul became more determined and devoted time towards making himself stronger and disciplined.

The opener further added, “I personally needed a hit like that to wake up and know which direction I’m going in. I realized I wasn’t good at anything else [except cricket]. I was too far into this, I’d chosen what I have to do and I had to give it everything. From there, my focus became better. It made me stronger and more disciplined.”

ALSO READ: James Neesham Comes Up With A Hilarious Reaction After Another Loss

Rahul is currently in New Zealand, playing the five-match T20I series. In the first two matches at the Eden Park in Auckland, he notched back-to-back fifties. Now, he has come a long way s fortunes have turned around to such an extent that he has been appointed as Kings XI Punjab’s skipper in the IPL after Ravi Ashwin’s departure. 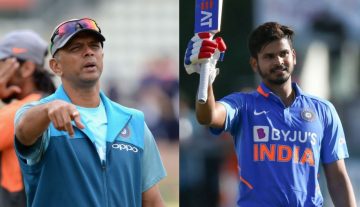