India all-rounder Krunal Pandya proved his worth at the international arena with the brilliant spell of 4/36 under pressure on Sunday to help the men in blue defeat the Australian team by six wickets at the SCG and level the three-match T20I series at 1-1. However, the series started on a rough note for the southpaw as he conceded 55 runs in four overs in Brisbane. But the elder of the Pandya brothers convinced himself that he belongs to the international arena and came back strongly to help his team share the spoils with Australia.

During the post-match press conference, Pandya said, “It is very difficult when you play your first game in Australia and you get hammered for 53 from 4 overs. It took me a while to back myself much more, especially when you have hardly played any game at this level. Giving away 50-plus runs in Brisbane was very tough for me and the next 24 hours were tough. I had to convince myself again. When I played the second game (in Melbourne), I was very clear with my plans what I have to do.”

Stating that it was important to keep calm Pandya reiterated the importance of being patient, especially in the T20 cricket. Krunal said that he was happy to overcome after facing two drastic results. As a bowler, one needs to understand that it is part and parcel of the game.

Describing it further, Pandya said, “When you come back like this, it is very satisfying. You had such a bad day and then against the same opponent you do well, it gives satisfaction, happiness and a surety that you belong to this level. You haven’t played at this level and then you perform like this it gives you hope that you can play at this level.”

Talking about the series, Krunal said that it was a competitive one and had it not been for the washed out game in Melbourne, India could have won the rubber.

On the other hand, Australian wicket-keeper Alex Carey said the unbeaten half-century of the Indian skipper, Virat Kohli put them under pressure in a tight chase and the hosts will have to improve to stop his run-scoring in the upcoming Test series. Carey said, “He obviously played really well tonight – he was put under a little bit of pressure towards the end but they started well in the powerplay and it was hard to peg them back. We’ve seen him do that before and he did it again tonight. Hopefully, in Tests, it will be a different story – we’ve got some good pace bowlers and Nathan Lyon. It will be a really good summer of cricket ahead.” 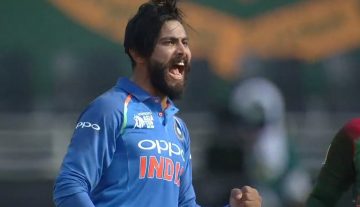