After many delays, the much-awaited Indian Premier League (IPL) 2020 will be commencing on September 19 in the UAE. Two heavyweights of the cash-rich league– Mumbai Indians (MI) and Chennai Super Kings (CSK) will be locking horns with each other in the season opener. Along with skipper Rohit Sharma, MI has several match-winners in their artillery. Two of them are the Pandya brothers– Krunal and Hardik.

Over the years, Hardik and Krunal have been playing a crucial role in the MI contingent and the duo is expected to deliver in the upcoming edition as well. Ahead of their opening game, Pandya brothers couldn’t stop themselves from having fun when they were in the pool together.

While Hardik can be seen chilling in the pool, Krunal went towards him to disturb his peace and annoy him. Captioning the video of the same on Twitter, Krunal wrote: “Slowly taking revenge for all the times @hardikpandya7 would annoy me when we were kids ????”

Slowly taking revenge for all the times @hardikpandya7 would annoy me when we were kids 😈 pic.twitter.com/U6b6C2JlkB

Both players commenced their cricketing journey together while, Hardik used to be the troublemaker as a kid, Krunal had the responsibility to look after the younger Pandya. To give Hardik a taste of his own medicine, Krunal made every attempt of irritating his brother in the pool. All sides including MI have been working hard in the nets before the start of their IPL 2020 campaign.

ALSO READ: Jimmy Neesham Decides To Be Sarcastic While Shutting Down His Troll

After being away from the sport due to a back injury, Hardik is willing to prove his worth in the MI outfit. He, along with delivering the ball, is also expected to add some fireworks in MI’s batting force. MI head coach Mahela Jayawardena had stated that Hardik’s role in IPL 2020 won’t only be limited to being a finisher. They will be allowing him to bat more freely this year.

Krunal, on the other hand, will eye a spot in the Indian team on the back of his IPL 2020 performances. The senior Pandya didn’t have a memorable 2019 as he lost his place from India’s T20I side due to a lack of consistency. 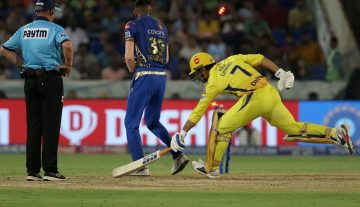