Team India is currently locking horns with Australia for the 2nd T20I of the three-match series in Melbourne, after losing the first game by just 4 fours in Brisbane. After winning the toss again, the Indian skipper, Virat Kohli decided to bowl first and this time his bowlers responded by reducing Australia to 54/4 after the end of 10 overs. However, it was the display of Krunal Pandya which grabbed a lot of eyeballs as he dismissed Glenn Maxwell.

The 11th over of the game became more crucial in the innings as the hosts lost the crucial dismissal of Maxwell despite the fact that he had a decent start to the over. On the third ball of the over, Maxwell almost played a straight drive for four to the fine leg boundary. Krunal Pandya was bowling the over and bowled a full bowl down the leg side and Maxwell waited for the ball to pass him and gave it a whack.

However, on the final bowl of the over, Pandya again bowler a quicker ball, but this time it beat Maxwell in the length and had him thrusting forward in defence. The ball spun just enough to force the right-hander playing inside the line. The ball brushed the outside edge and crashed into off stump. Krunal completed his revenge as Maxwell was the one who smashed him for three consecutive sixes in the Brisbane T20I.

WATCH – Glenn Maxwell Smashes A Hat-trick Of Sixes to Krunal 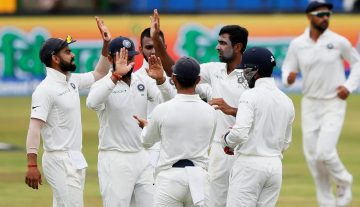