Former Sri Lanka skipper, Kumar Sangakkara who is currently serving as the Director of Cricket for Rajasthan Royals (RR) has helped put together a solid team for the upcoming edition of the Indian Premier League (IPL). He recently talked about the exciting young players that his team has in their squad for IPL 2022. He has special praises for Devdutt Padikkal and says that he has been watching the left-hander for the last two seasons and is an exciting player.

RR will be playing their first game of IPL 2022 against Sunrisers Hyderabad on March 29 at the MCA stadium in Pune.

Rajasthan Royals managed to put together a solid team during the IPL 2022 mega-auction that took place last month. During a conversation on ‘Red Bull Cricket’ on Clubhouse, Kumar Sangakkara talked about the team that they have put together as they look to go after their second IPL title.

Kumar Sangakkara was asked to talk about the youngsters in the RR squad and he also shared one aspect of these players to which he said, “Any aspect from the game from players like Devdutt Padikkal, Hetmyer, and Yashasvi Jaiswal that you would’ve liked to have if you were playing, Sanga?. Devdutt Padikkal’s leg-side play, his flicks, and his ability against pace are wonderful.”

The Sri Lankan legend while talking further about Devdutt Padikkal and he said, “I’ve watched Devdutt Padikkal over the last two seasons. He’s such an exciting player, so accomplished. I just want him to know how valuable he is for the team”. 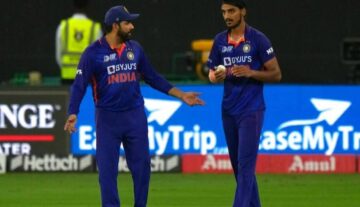