The International Cricket Council (ICC) has released their latest Test Players’ rankings where the Indian skipper Virat Kohli achieved the top spot of the Test Batsmen rankings after achieving his highest rating points ever.

Kohli becomes the seventh Indian batsmen to reach the top spot of the ICC Test Batsmen rankings. Legendary Indian cricketer Sachin Tendulkar was the last Indian batsman to achieve this feat in June 2011. Apart from them, the other Indian batsmen to achieve that most respectable spot were Sunil Gavaskar, Dilip Vengsarkar, Rahul Dravid, Virender Sehwag and Gautam Gambhir.

After scoring the impressive 149 and 51 in the first Test against England at Edgbaston (Birmingham), Kohli has achieved his highest Test career rating points 934 and surpassed the former no.1 Test batsman Steven Smith (Australia), whose present rating points are 929. Otherwise, the remaining top 10 spots of each Test Players’ rankings are unchanged in the latest release.

Coming to the other special movements in the Test Players’ rankings, young Sam Curran can come at the first position, who impressed with his brilliant all-round performances during England’s 1000th test match. Apart from taking five wickets (4/74 & 1/18) in the entire Test match, Sam also played some crucial knocks of 24 and 63 in that game.

Beginning the Test match from the 152nd position in the ICC Test Batsmen rankings, Sam has jumped to the 72nd position. In the bowling rankings, he improved his position from 111 to 62. Meanwhile, in the all-rounders’ category, Sam has been promoted from 95 to 37.

On the other hand, English wicketkeeper-batsman Jonny Bairstow has improved his position in the ICC Test Batsmen rankings from 16 to 12.

In the ICC Test Bowling rankings, English pacer James Anderson has retained his top position with 884 rating points. Indian off-spinner Ravichandran Ashwin and the pacers Mohammed Shami and Ishant Sharma have improved their bowling rankings, who are now standing at 14th, 19th and 26th position respectively. 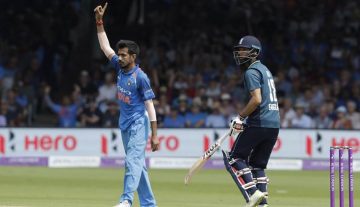