Former Indian cricketer, VVS Laxman reckons that if Indian cricket team wants to be successful in every format, then the partnership between BCCI President Sourav Ganguly and National Cricket Academy (NCA) Head Rahul Dravid needs to be solid. Ganguly was appointed BCCI’s 39th president last October, while Dravid was elected as head of the NCA in July last year.

During a show on Star Sports, Laxman said, “It is great! the partnership between BCCI President Ganguly and National Cricket Academy (NCA) Head Dravid. If the Indian team wants to be successful in every format, then this partnership is of utmost importance. I think everyone is important, the team captain, NCA Head and BCCI President.”

Interestingly, Ganguly and Dravid had made their Test debuts in the same game at the iconic Lord’s Cricket Ground back in 1996. Ganguly, who smashed a century on his debut, recalled how he was standing in Lord’s balcony, expecting Dravid also to score a hundred in that match.

Ganguly said, “I was too engrossed in my performance, to be honest. When he (Dravid) came into bat, I was already at 70 odd. I remember my 100 scoring shot which was a cover drive through point and he was at the non-striker’s end. I finished the day at 131, I got out an hour after tea and he carried on.”

He further added, “He came back the next morning and got 95. I was standing at the Lord’s balcony hoping that he would get a hundred. I have seen him play at the under 15s, then Ranji Trophy together. I had seen his debut at Eden Gardens and then seeing his debut at Lord’s. So, I watched his career closely. It would have been great had we both got hundreds that day.”

Ganguly’s term as BCCI President has been coming to an end in a month or so. 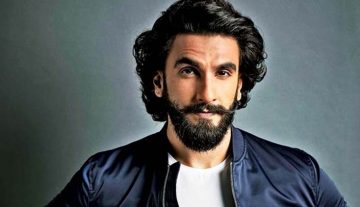