On Friday, the Supreme Court canceled the Board of Control of Cricket in India’s (BCCI) disciplinary committee’s order of banning the Indian pacer, S Sreesanth for a lifetime as he was accused of being involved in the 2013 IPL spot-fixing scandal.

A bench comprising justices Ashok Bhushan and K M Joseph has asked the BCCI’s disciplinary committee of the BCCI may reconsider within three months the regarding the of punishment to be given to Sreesanth. The bench also clarified that Sreesanth will get the opportunity of being heard by the committee on the quantum of the punishment.

The apex court also said that its verdict shall have no effect on the criminal proceedings pending against the former cricketer in the Delhi High Court, where the Delhi Police has challenged a trial court’s order relieving all accused, including Sreesanth, in the IPL spot-fixing case.

ALSO READ: S Sreesanth Reveals The Truth Behind His Confession

However, the bench as also passed this order on Sreesanth’s plea challenging the decision of a division bench of the Kerala High Court which had restored the life ban imposed on him by the BCCI.

Last month, Sreesanth told the Supreme Court that he had “stubbornly” refused to be involved in match-fixing during 2013 IPL and referred to the transcript of the recorded conversation to support his statement.

As senior counsel, Salman Khurshid, appearing for Sreesanth, told the bench that the report of the preliminary inquiry was not given to him. He further added that despite the fact that he had the reports, the BCCI never told him that which part of the report the Indian board was going to rely on against him.

The court was told that at no stage the BCCI had asked him what he had to say about the alleged material including the offer of Rs 10 lakh being cited against him. 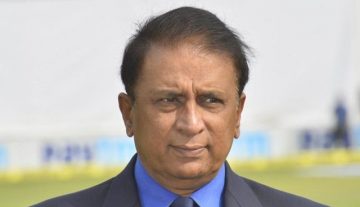 Article
By Shruti - Sep 21, 2019
Sunil Gavaskar Has a Suggestion for Rohit Sharma