In a recent interview with Sportstar, two-time World T20 champion team-member Lisa Sthalekar spoke about her vision on the 2018 ICC Women’s World T20. She believes it will be a good contest where Australia and England are the top sides.

She told Sportstar, “It is going to be a good contest. At the moment, the front-runner has to be the Australian side. Meg Lanning is dropped down to number five and she is finishing innings now. Firepower is at the top and there are good spinners. The balance is right. England, on their day, can challenge anyone.”

Talking about the hosts and the defending champions Windies women’s, Lisa said that they will be the dark horse who can be dangerous if their players click in right way.

Lisa added, “Windies are always a bit of dark horse, you don’t know what you get from them. Given that they are playing at home and fans coming cheering, they can play better. If they wake up on the right side of the bed, they can blow a team apart. You saw what they did in Kolkata in 2016.”

She said on India’s chance, “They rely heavily on Harmanpreet Kaur and Smriti Mandhana. If India is to do well, those two need to score a lot of runs. The same thing goes for the Australian team. If Healy gets off to a good start, then Lanning comes in, there are constant names that need to be in form. What India needs to do is that they need to have a couple of people who can find the boundary. I think Pooja Vastrakar has got the ability to find boundaries in the end. I want to see Mithali Raj break the shackles and show us something completely different from what we have seen over the decade. She is always technically right and is a treat to watch, but in T20 cricket, you don’t get points for who looks good, but is about who gets the most runs. She has got the ability to clear the boundaries easily. She needs to play a big role.”

Some experts believe that the 18-year-old right-handed middle-order batswoman Jemimah Rodrigues is a future star, who recently made her international cricket debut. Lisa hopes to see her real talent soon in the 2018 WWT20.

Lisa said, “The times that I have seen her, she hasn’t scored runs. But, everyone is talking about her. They have high hopes. Hope, I get to see the best of her and she has the best tournament. Ellyse Perry played for Australia when she was just 16, so some players are mature enough and it doesn’t matter how old you are. It is about coping with the situation.”

Speaking about the evolution of women’s cricket, Lisa said that it has become a full-time work from the semi-professional stage as the game has become more serious that demands more training and dedication from the players.

Lisa said, “It has really over the time. When I first started, it was still at a semi-professional stage. We did it for the love of the game. You played it amongst your full-time works, there was not enough time to train and dedicate. Players now are all pretty much professional, they all can now train in the day, have proper recovery and eat at decent times. We are starting to see the reasons why the game is so exciting, it is because the girls have been able to dedicate more time to their strength, conditioning and skill work.” 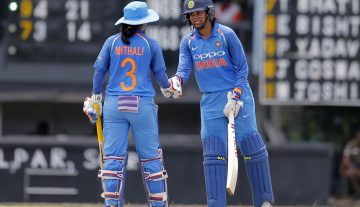