The young South African pacer Lungi Ngidi, who made his debut in front of his home crowd, feels like its a dream come true and said he too experienced goosebumps just like any other cricketer.

Ngidi played a crucial role in restricting India to a total of 183 for five at the end of Day 2 as he not only affected the first-ball run-out of Cheteshwar Pujara but also scalped Parthiv Patel as his maiden Test wicket. He said, “Test debut was a dream of mine and I am happy it came true on my home ground. I actually had goosebumps.”

He further added, “I was talking to Vernon (Philander) in terms of game plans on how to get that wicket. Listening to someone with so much knowledge, and it planned out exactly the way he was telling me. It made me really happy and I now believe that I can perform at this level. I stuck to my lengths. We keep it as basic as possible. Being hypercritical, I think I could have done a little bit better, but IlI’llake it.”

When about Pujara’s run-out, Lungi replied, “I didn’t think he was going to run. As soon as he hit it and he took off, I wasn’t even looking at him. I was trying to figure out which angle the ball was going at. When I got there I slipped a bit, but then I saw he was halfway down the wicket so I took my chance and I got him.”

Ngidi almost impressed the home crowd when he almost found Virat Kohli plumb in front of the wickets. Talking about the same, he said, “In my first spell I hit the pad a few times, so I thought that was a vulnerable area for him (Kohli). He kept shifting across and getting more into my bowling line, so I thought maybe shoot one into the stumps. I nearly got him. I thought I had him. I thought he had hit the ground. When I saw that edge, I kind of dropped a bit, but I knew I had to get back on the ball.”

The pacer said South Africa are pleased with their effort today having reduced India to 183 for five in reply to their first innings total of 335. 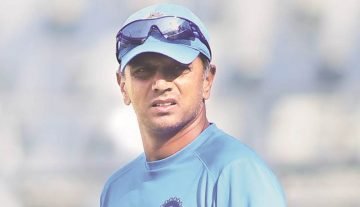 News
By Aditya Pratap - Mar 22, 2019
Winning The WC Is Going To Be Tough, Warns Rahul Dravid