The veteran Australian cricketers, Peter Siddle, Nathan Lyon, and Usman Khawaja have been recalled to the One-Day International (ODI) squad for the three-match series against India as the selection committee announced a 14-member side on Friday (January 4). As compared to the squad which was selected during the South Africa series in October last year, Chris Lynn, D’Arcy Short, Ben McDermott, Travis Head, and Ashton Agar have been dropped whereas Nathan Coulter-Nile will be missing it due to some soreness in his lower back.

The selectors have also given the rest to the pace triplet of Mitchell Starc, Pat Cummins and Josh Hazlewood after their heavy workload in the four-Test series. Talking about the same, the chief selector, Trevor Hohns said, “After a hefty workload in the Indian series to date, it has been decided not to select Mitchell Starc, Pat Cummins and Josh Hazlewood in this squad to allow them to freshen up for the Test series against Sri Lanka. Jhye Richardson, Jason Behrendorff, Peter Siddle and Billy Stanlake fill the fast bowling spots in this squad. Jason provides us with a left arm option in the absence of Mitchell Starc and is very capable of taking wickets early in the innings.”

Siddle played his last ODI for Australia in 2010 and if he manages to get into the playing XI in any one of the three matches, he’ll also hold the record for the longest break between two ODIs for an Australian player. The record is currently held by Tim Zoehrer who had a break of six years and 282 days.

Explaining the decision of picking an experienced bowling attack, Hohns said, “It’s wonderful to have Peter back in the squad for the first time since 2010. His white ball cricket has improved considerably the older he has got, and his selection is a great reward for his professionalism and strong leadership qualities. Nathan Lyon comes back into the squad and will join Adam Zampa as our spin options. Nathan is the best off-spin bowler in the world and we’ve noted how successful teams around the world have been using a two-pronged spin attack in the right conditions in white ball cricket, something we are very mindful of heading to the World Cup.”

In 2018, the Australian team managed to win just two ODI games and the selectors have decided to boost their batting line-up by recalling Mitchell Marsh and Peter Handscomb. While Marsh has been in and out of the side, and last featured in a 50-over international against England last year, Handscomb’s last ODI was in India during their 2017 October tour.

Explaining the same, the chief selector said, “With a focus on improving our ability to post competitive totals we’ve recalled Usman Khawaja, Peter Handscomb and Mitch Marsh to the squad. Usman is a batsman we know can put vital runs on the board at the top of the order, and Peter is not only a fine player of spin bowling, but he’s also a batsman we know can hold an innings together while keeping the scoreboard ticking over. Mitch gives us another all-around option with his ability with both bat and ball. Travis Head, Darcy Short, and Chris Lynn have been unlucky to miss out.” 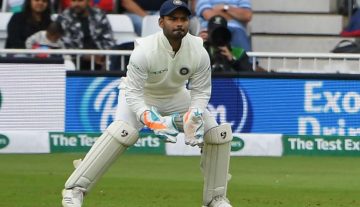