Former Indian player Madan Lal has said that Virat Kohli cannot win every game for India. Madan Lal also praised Kohli’s knock against Pakistan but also asked the Indian openers to raise their game as well. However, Kohli scored an unbeaten 82 in Melbourne and helped India win as well.

While chasing 160, the Indian team were struggling at 31-4 before Virat Kohli’s stand of 113 with Hardik Pandya helped them return to the game. India hit the winning runs on the last ball and won by four wickets as well. Speaking to PTI, Madan Lal has said that Virat Kohli played the knock of a lifetime as well.

He said, “Virat Kohli’s innings was amazing. I have never seen an innings like that but Virat Kohli is not going to win you every match. It’s such a big tournament. It can’t be won by one person. Australian pitches are suited to Kohli’s game. He runs the ones, twos, and threes and uses the big grounds to his advantage. In between, he scores the boundaries. He has become mentally tougher. Rohit Sharma and KL Rahul have to pull up their socks. Everybody needs to ensure that they are performing and trying their best all the time. And in every game, there will be different heroes. India’s task is yet to be completed. The journey has just begun. Even teams like the Netherlands are not weak teams. In T20, it’s anybody’s game.”

However, India openers KL Rahul and Rohit Sharma scored four runs each against Pakistan, losing their wickets to Naseem Shah and Haris Rauf, respectively. Suryakumar Yadav, who was in sublime form, also got out by a delivery from Rauf as well. Meanwhile, Madan Lal also shared that keeper-batter Rishabh Pant needs to be in the team also. Team India will next take on The Netherlands on Thursday as well.

“Pant should always play. He is a match-winner. Even if he plays five games, he is going to win you two games. So that is good enough. You should give him a chance to play five-six matches and you will see the difference. India must choose their playing XI according to the opponents they play. They should play their pacers and spinners accordingly. The same set of playing XI may not work,” Madan Lal concluded. 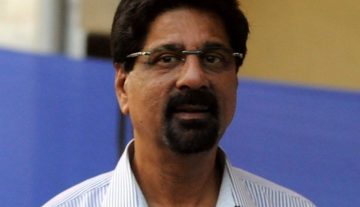