Despite the fact that the Indian Premier League (IPL) 2020 is done and dusted, the celebrations are on in the Mumbai Indians (MI) camp. After all, they are managed to defend their title and managed to make the record of winning the coveted title for the 5th time, making them the best T20 franchise in the world. The reason behind Mumbai Indians’ success has been captain Rohit Sharma and head coach Mahela Jayawardene.

Last season, after winning the IPL 2019, coach Mahela Jayawardene had reminded the players that despite the fact that none of their players managed to win the Purple Cap or Orange Cap, they had the trophy and that’s what matters.

This year, after Mumbai Indians lifted their 5th IPL title, Mahela said that even though in the last season, he had said that the only thing that matters is the IPL trophy but also acknowledge that Lasith Maling ‘Mali’ wanted Jasprit Bumrah to win the Purple Cap in the 13th edition, that concluded on November 10.

Addressing the MI player after their IPL 2020 final win against Delhi Capitals (DC) on Tuesday, Jayawardene was heard saying, “Thank you for not taking it to the last ball [like in IPL 2019 final against CSK]. But remember we said that, I mean last year I said no Orange no Purple Cap but Boom [Bumrah], Mali [Malinga] wanted you to do that [win the Purple Cap]. Close Enough. But I’ll take this any day.”

However, Bumrah ended up scalping as many as 27 wickets second to DC’s premier fast bowler, Kagiso Rabada’s tally of 30 wickets in IPL 2020. Meanwhile, KXIP skipper KL Rahul with 670 runs was the winner of the Orange Cap. 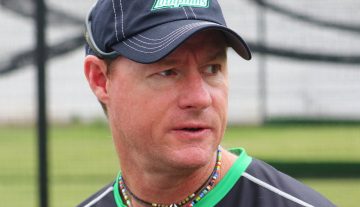