Former Sri Lanka skipper, Mahela Jayawardene has described Wasim Akram, the renowned Pakistani fast bowler, as the toughest fast bowler he ever faced in his career. Akram has a total of 916 international career wickets combined in the Test and ODI formats. He was one of the senior cricketers of his national side when Jayawardene played for Sri Lanka.

The former Pakistan skipper has often been considered one of the greatest bowlers in the history of the game. Wasim ended his career after scalping 414 Test wickets at an average of 23.62 in 104 matches, and 502 ODI wickets at an average of 23.52 in 356 matches. He was the leading wicket-taker in ODIs before Sri Lankan legend Muttiah Muralitharan broke his record and took over the top spot.

Mahela Jayawardene’s comments came while speaking on ICC’s digital show- The ICC Review. Stating that Akram was the finest bowler he ever faced, Jayawardene also stated that in one of the toughest of situations, Akram always put his best foot forward.

Mahela Jayawardene said, “Hands down, Wasim Akram. I made my debut when it was his [Akram’s] peak or the backend of his career. It was a nightmare to face him as it was tough because he is challenging you with the new ball, doesn’t matter what format it is. He had a really quick-arm action and he had the ability to beat you any time of the day.”

Mahela Jayawardene complimented Akram’s potential to let the cricket ball do wonders, adding that pitch conditions were unimportant when it came to Akram’s abilities, who could trouble any batter, not just him.

On the international stage, Jayawardene scored slightly under 26,000 runs combined in all three formats, yet he remained modest while complimenting Akram. Former Lankan skipper went on to say that one of the reasons Akram was so tough to play was his propensity to swing the ball both ways, regardless of whether it was a new ball or an old ball.

Jayawardene explained, “He [Akram] would run in with the same intensity at the end of the second day’s play as he would at the first ball of the match.” 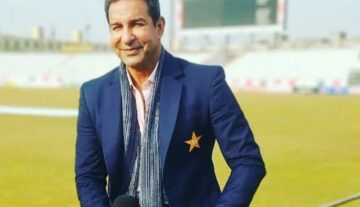