Sri Lanka’s batting consultant Mahela Jayawardene will be leaving the bio-bubble of the T20 World Cup 2021 and will return home. He reasoned of not seeing his daughter for a long time behind his decision to leave the tournament midway.

Jayawardene was roped in as the batting consultant by Sri Lanka Cricket (SLC) but he will leave the bio-bubble ahead of the Super 12 stage of the tournament. He has been in quarantine or bio-bubble since June and hasn’t seen her daughter for 135 days.

However, he confirmed he will assist his team from home through the technology they have.

“It’s tough. I just counted that I have been 135 days in quarantine and bubbles since June and I am in (the) last legs. But I totally understand and I told them I will be with the group with the technology that we have. I hope that anyone can understand that being a father that I haven’t seen my daughter for that many days. I definitely need to get back home,” Jayawardene was quoted by Sportskeeda as saying.

Before joining Sri Lanka, he was with Southern Braves in The Hundred as a coach, who ended up winning the competition. Later on, he joined Mumbai Indians in the UAE for the second leg of the Indian Premier League 2021. He joined Sri Lanka after the completion of the tournament.

Juggling through bio-bubbles, he finally decided to leave it and will go back home.

Meanwhile, Sri Lanka has already qualified for the Super 12 stage of the T20 World Cup 2021. They won their first two qualifying matches against Namibia and Ireland respectively and became the first team to qualify.

Sri Lanka’s last league game will be against the Netherlands, who are eliminated after successive defeats. Sri Lanka are likely to join Australia, England, South Africa and West Indies in group 1. 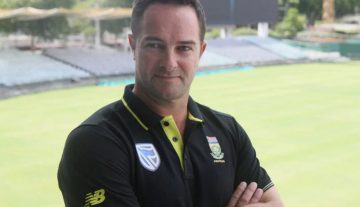