Former Australian captain Mark Taylor has shared that he is still unable to figure out how Virat Kohli hit a six off Haris Rauf during India’s T20 World Cup 2022 Super 12 match against Pakistan at the Melbourne Cricket Ground (MCG) on October 23 as well. Kohli smashed an unbeaten 82 off 53 balls in Team India’s opening match of the tournament to seal the deal in a chase of 160. 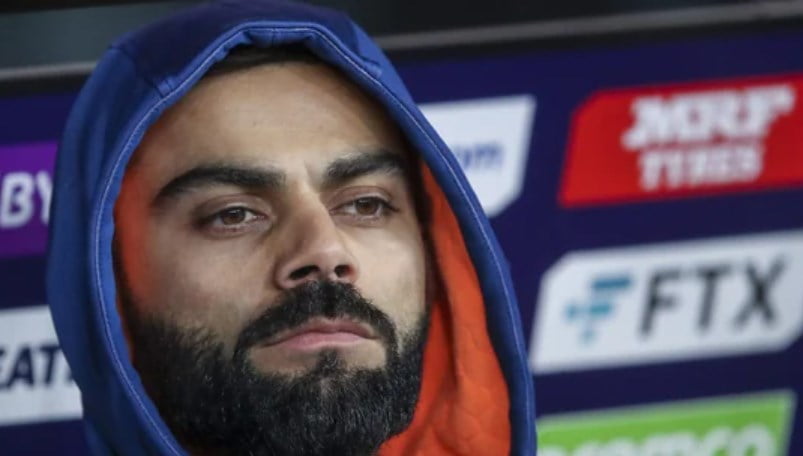 However, before entering the penultimate over, India were needed 31 runs for the win. Kohli changed the game by launching the last two balls of the over from Pakistan fast bowler Rauf for sixes. The first one was shorter in length, but the batter somehow hit it down the ground. The last ball was then flicked over fine leg and also ended up becoming a six.

Discussing the first of the two sixes, Mark Taylor candidly admitted on Wide World of Sports: “I still rate the one at MCG where he hit Haris Rauf for a six back over his head, off the back foot, with a straight bat. It still went 90 metres. I can’t still work it out how that ball went for a six. I reckon if I hit that shot, mid-on would have been running in, diving in to take a catch.”

However, apart from Taylor, another former Aussie skipper, Ian Chappell, has also added his thoughts on the star Indian batter during the discussion. He also stated that Kohli has the ability to score quickly as well.

He continued, “We did an interview with Virat Kohli, couple of years ago. It was a magnificent example of talking about the game. When we asked Virat about why don’t you use some of the fancy shots, he said, ‘I don’t want them to creep into my Test game’. That’s one of the amazing things about Virat Kohli. He makes all these runs at a very good rate, and he does it with normal cricketing shot. Few [shots] elevate and he hit into the stands, that doesn’t mean it’s a slog. As Mark (Taylor) described, off the backfoot, hitting straight, it’s a cricket shot, except you don’t hit it in the air. But he did, and he did 90 metres!”

Notably, Virat Kohli is currently the leading run-getter in the T20 World Cup 2022. In four innings, he has already smashed 220 runs which came at an excellent strike rate of 144.73.