Marlon Samuels, the key member of West Indies’ twin T20 World Cup win in 2012 and 2016, has been charged by the ICC’s anti-corruption unit on four counts of breaching the Emirates Cricket Board’s anti-corruption code as well. However, in a media release on Wednesday, the ICC has shared that the charges relate to the T10 tournament organised by the ECB.

Notably, Samuels has been charged for the following breaches and he has 14 days from 21 September to reply to the charges that were made as well.

Article 2.4.2 – Failing to disclose to the Designated Anti-Corruption Official, the receipt of any gift, payment, hospitality or other benefit that was made or given in circumstances that could bring the Participant or the sport of cricket into disrepute.

Article 2.4.3 – Failing to disclose to the Designated Anti-Corruption Official receipt of hospitality with a value of US $750 or more.

Article 2.4.6 – Failing to cooperate with the Designated Anti-Corruption Official’s investigation.

Article 2.4.7 – Obstructing or delaying the Designated Anti-Corruption Official’s investigation by concealing information that may have been relevant to the investigation.

Marlon Samuels, 40, had announced his retirement last year after having a successful career where he had played 71 Tests, 207 ODIs and 67 T20Is since his debut for West Indies way back in 2000, and score over 11,000 international runs and 17 centuries as well.

However, he was no stranger to controversy as well as he has faced many during his career. He even faced a two-year ban after being found guilty, way back in May 2008, of “receiving money, or benefit or other reward that could bring him or the game of cricket into disrepute” as well. 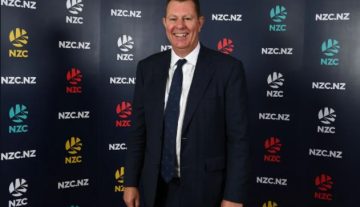