The young Australian batsman, Marnus Labuschagne has played just one Test against India but he reckons that the upcoming four-match series in December will be an acid test for him as he has been a great form in recent times.  However, he also talked about the IPL experience his miss, but his teammates have benefitted immensely from the league.

During a recent chat with PTI, explaining the same, Labuschagne said, “I can only do well in the format or team I am playing for. I have got an opportunity in ODI cricket (average of 50.83 and strike rate of 94.42) and I have been able to make most of that at No 4 so far. Personally, if I get to play in the IPL, I will put my best foot forward. I have had a taste of playing in India in those conditions. Playing in IPL would be a great privilege.”

At 26, Marnus Labuschangne has often been touted as teh next captain of Australia. However, he considers himself ready to graciously accept the opportunity comes but right now, he is focussing more on making a name for himself in the current set-up.

Explaining the same, Labuschagne said, “I think it’s every kid’s dream to captain their country. So, if I say that I wouldn’t want that, it wouldn’t be true. I would like to captain my country as it will be a great privilege and honor. But right now, it’s just about making sure that I focus being Australia’s No 3 in Tests and No.4 in ODIs.”

He further added, “I want to make those spots my own and contribute to Australia winning matches. While doing this, if an opportunity comes to captain Australia, hopefully, I will be ready then and take that in my stride.”

Labuschagne is a deeply religious person and it gets quite evident as he has inscribed a verse of Bible on the back of his bat. In a highly competitive sporting world, faith in religion gives him direction and perspective.

Explaining the same, Marnus said, “Religion gives me perspective. At some point, I can be obsessive about cricket but there are more important things in life rather than only playing the game that I love. And I am happy that I have been brought up in such a manner.” 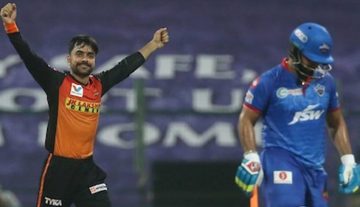