Thanks to India’s legendary batsman Sachin Tendulkar and fellow openers Virender Sehwag and Rohit Sharma, the cricketing world was quite accustomed to seeing a player score double century in white-ball cricket.  With Sachin Tendulkar starting the tradition, Virender Sehwag followed up with his fellow opener and became the second player to hit a double century in ODI’s. Current India Team opener and vice-captain Rohit Sharma went a step ahead of the little master and have 2 double hundreds to his name in limited-overs cricket. The elite list of Double centurions consisted prominently of Indians and the Caribbean opener Chis Gayle. On this date 5 years ago,  Martin Guptill smashed the West Indies and joined the elite list scoring 237 in just 163 balls.

The New Zealander scored his double century against the unpredictable West Indian side in the knockout stages of the World Cup 2015. West Indian player Chris Gayle scored 215 against minors Zimbabwe in February 2015, Gayle’s innings remains the World Cup’s first-ever one-day double century. More impressive than being the first New Zealander only on the list. What’s more, impressive of Guptill’s innings was the magnitude of the match in which he hit the double century. Nearly a month after the world bowed down to Chris Gayle’s power-hitting, Guptill became the first player to score a 200 in the knockout stages of the World Cup.

Winnings the toss, NZ skipper Brendon McCullum decided to bat first in Wellington. Taylor got the better of NZ skipper and West Indies were able to dismiss Brendon McCullum cheaply. However, New Zealand recovered as Guptill and Kane Williamson, struck up an important partnership of 62 runs for the second wicket.

Maron Samuels would be sitting back cursing his fortunes that day as he dropped Guptill’s catch in the very first over of the match. Little did he knew how costly that catch cost his team.  Martin Guptill took full advantage of the same and wreaked havoc on the West Indians.  He hit 92 runs for New Zealand who managed to score a massive 153 runs in the last 10 overs of their innings. Guptill scored almost 60% of his team’s total score single-handedly cruising the New Zealanders into the semi-finals as NZ reached 393 in the stipulated 50 overs.

The New Zealanders bowled out the West Indians for a mere 250, 13 more than Martin Guptill. There was some resilience from the Caribbean team in the form of Chris Gayle. Gayle opened the innings for the boys in Maroon and score a fighty 61 in 33 balls to help WI off to a flying start. Unfortunately, no batsman was able to capitalize on Gayles’s innings and New Zealand won the match by a massive margin of 143 runs. 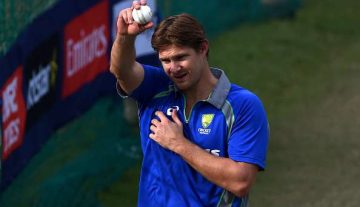