Mastercard managed to acquire title sponsorship rights for international and domestic matches from the Board of Control for Cricket in India (BCCI) on Monday. The financial services corporation replaced Paytm, the earlier sponsor who held the rights for seven years. Mastercard will be the title sponsor for all international matches (both women and men) held on home ground.

The deal also includes sponsorship of domestic cricket matches like the Irani Trophy, Duleep Trophy, and Ranji Trophy organized by the BCCI as also all junior cricket (Under 19 and Under 23) matches held in India.

MS Dhoni, India’s former skipper who has been the ambassador of Mastercard’s for over four years said, “I am thrilled that Mastercard is sponsoring all the home cricket matches of the BCCI, and especially the domestic, junior and women’s cricket. The Ranji and junior players of today will play for the country tomorrow and continue to embody the pride of 1.3 billion Indians.”

ALSO READ: Wasim Jaffer Takes A Dig At Barmy Army For Their Post On IND-PAK Rivalry

Mastercard has already made investments through sponsorships worldwide and has been associated with the UEFA Champions League, the Grammys, the Cannes Film Festival, and the Australian and French Open tennis tournaments.

Talking about the sponsorship, BCCI President Sourav Ganguly said, “The BCCI welcomes Mastercard as the Title Sponsor for home cricket matches for the 2022-23 season. Along with the international home series, the BCCI’s domestic tournaments are crucial as they are a stepping stone towards making India a strong international side. The BCCI truly values Mastercard’s support in building Indian cricket. This sport is more than a passion point, it’s a way of life and we look forward to some innovative experiences for the fans via this partnership and delivering value to Mastercard through this collaboration.”

On the other hand, Jay Shah, Secretary, BCCI said, “The BCCI is pleased to associate with a global marquee brand – Mastercard. We are in for an exciting period in Indian Cricket as we have Australia and South Africa coming over for white-ball series before the T20 World Cup and Sri Lanka, New Zealand, and the prestigious Border-Gavaskar Trophy early next year while domestic cricket has a packed calendar with the return of the Duleep Trophy and a full-fledged Ranji Trophy season. The 2022-23 season will witness a lot of action across age groups and I am confident that this will be an enriching partnership.” 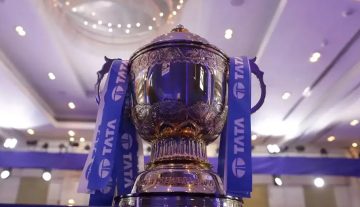