Karnataka opener Mayank Agarwal had to wait for almost a year to receive his maiden Indian call-up despite scoring 1171 runs in the 2017-18 Ranji Trophy season and 375 in three A Test matches against South Africa this home season. However, Saturday, Mayank’s long wait came to an end when the Indian selection panel picked the team for the Test series against West Indies.

Mayank has been included in the squad for the two Tests to be played in Rajkot from October 4 to 8 and Hyderabad from October 12 to 16. Talking to Sportstar about the selection, his coach RX Murali said, “It [Selection] was long awaited, so he was pretty ecstatic about it. One good thing was he kept getting runs, so he was in a great frame of mind. All he could do then was sit and wait. Selection is not in his hands, but batting well is — he did what he had to do to keep his spirits high.”

Despite having a fixed set of Test openers like Murali Vijay, Shikhar Dhawan and K.L. Rahul, India’s top-order collapse in the England series and dismal outings for Vijay and Dhawan in particular, have created an opportunity for the likes of Mayank.

Describing the same, Murali said, “Yes, this Indian team has great batsmen, but if you don’t believe that you can create magic, then you shouldn’t be playing. This is what he (Mayank) believes in. You’ve to be ready at all times and jump in when an opportunity presents itself. He has been scoring runs for the past 11 months; he needs to keep at it irrespective of who he’s playing.”

The current Indian team — especially in ODIs and T20Is — is on the lookout for players who can be flexible in terms of their batting positions and Mayank’s coach reckons that the batsman has the mindset to be flexible if needed for the team. He explained, “It’s all about the mindset. If you want to be playing at the international level, and if there’s an opening in the middle order, he can definitely do it. It’s just some small changes in his game plan and he’ll be up for it. In fact, he did bat at No. 4 in a few IPL matches for Kings XI last IPL.”

Mayank Agarwal has been working closely with the former Karnataka U-19 coach and has, in the past, attributed his stellar scoring ability to his childhood mentor. When asked what Mayank’s biggest strength, the coach revealed that the young kid has some mental discipline in him and he loves doing hard work. 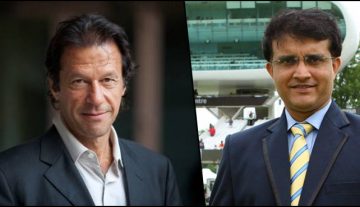