It has been expected that the home of cricket ‘Lord’s‘ is expected to undergo the largest single development in the current ground’s 203-year history. However, the plans to build residential flats at the iconic stadium have been rejected.

Members of Marylebone Cricket Club (MCC), which owns the home of cricket, has backed a committee proposal in favor of the club’s £194 million ‘Masterplan’ that is set to be completed by 2032.

According to the reports, the Nursery End of the ground redeveloped to provide several more thousand seats, expanding overall capacity to some 32,000. A rival proposal from a developer would have seen two blocks of flats built next to the Nursery Ground.

A developer proposed to flats built next to the Nursery Ground in the two blocks, but MCC members backed the Masterplan, by a mammoth 90.5 percent majority at a special general meeting in London on Wednesday.

MCC chairperson Gerald Corbett said: “This is a landmark day for MCC and for the future of Lord’s. MCC members have made their feelings abundantly clear – they do not want blocks of flats to be built at their ground – and they have backed the committee’s recommendation to pursue the updated Masterplan. The alternative to the Masterplan would have been a bad deal for the club commercially and a bad deal for the architectural atmosphere and ambience of Lord’s.” 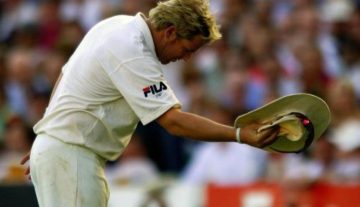 Videos
By CricShots - Jun 2, 2022
Lord’s Give A Beautiful Tribute To Shane Warne During Eng-NZ Test