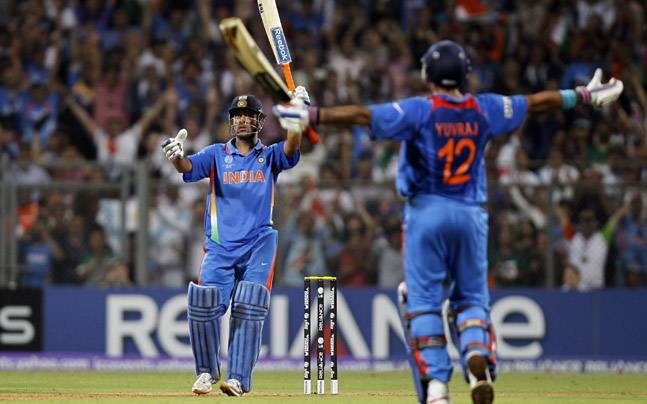 Former Indian skipper, Mahendra Singh Dhoni has smashed as many as 206 sixes in his ODI career and stands tall at number four position in world cricket when it comes to batsmen with the most number of sixes in ODIs.

Dhoni has earned a reliability of the best finisher in world cricket and has many times finished the matches by hitting big sixes in the last over! In his International career, he has smashed sixes as big as 120 meters. The winning six in the 2011 World Cup final against Sri Lanka is still the most memorable sight for every Indian cricket fan of Dhoni smashing a six.

Out of Dhoni’s 9338 ODI runs, 1,236 runs have come from sixes. He also averages 51.02 which is the best among wicket-keeper batsmen in the world! Here is a moment for you all to re-live the World Cup winning six one more time:

The legend has been at his smashing best since the initial phases of his career, although his form and the hitting skills have declined a bit in recent times but in the last game against Sri Lanka he has announced that he still has the ability to finish the games and a lot of cricket is till left in him. After seeing Dhoni’s wicket-keeping skills it is pretty clear that there is no other wicket-keeper in the world right now who has the caliber to match his skillset.

It would be difficult to the best six smashed by Dhoni because when one looks at the number of games and the cricket he has played across all formats of the game including the IPL, each and every six looks as fancy as the last one.

The power he brings into his shots is incredible, even the bowling team left amazed and awestruck after watching him smashing all over the park. Dhoni’s strong bottom hand and strong wrists help him to generate power for his shots and that also makes them even more elegant. Every time he comes out to bat the crowd goes insane and starts chanting ‘Dhoni Dhoni’.

Here is the video, which is an accumulation of the big sixes MS has hit all these years, so sit back and relish this entertainment: