Former England skipper Michael Atherton has mentioned the three reasons why the fifth test between India and England in Manchester got called off. In the wake of another Covid-19 positive case in the Indian camp, the fifth Test got cancelled hours before its scheduled commencement.

Michael Atherton believes Covid-19, player power and the proximity of the IPL 2021 were the three main reasons why the final Test got cancelled.

The tight schedule of matches jeopardized the chances of the fifth Test before it finally been called cancelled by both boards. BCCI clearly stated that the well-being of the players was of ‘paramount importance’.

However, Atherton finds there were several factors behind the cancellation of the final Test.

“Covid-19, player power and the Indian Premier League combined to scupper the fifth Test in Manchester yesterday, to the consternation of the Lancashire club and the 85,000 or so supporters who had bought tickets to attend the first four days. There was a profound sense of shock and disappointment over the cancellation of the match, especially at the end of a compelling series that stood at 2-1 to India with everything to play for.”

“That there has been so little international cricket lost to Covid is, amid the anger and sadness, a surprise too. Authorities recognised that they could not ask players to operate in last summer’s strict bio-secure bubbles, as society was opening up again. Inevitably this relaxation increased the risk of a Covid outbreak. County games have been affected this summer, as was the ODI series against Pakistan, which required a whole new England squad, and now a Test match has gone, although space will probably be found in the calendar at some point to mitigate the loss of broadcast income,” Atherton wrote in his column for The Times.

“The proximity of the IPL was always a potential danger hanging over the Manchester Test: before the summer began there were pointed discussions between the ECB and BCCI about rescheduling the fifth Test for earlier in the summer, something the ECB held firm on. India’s players were concerned that further positive tests would result in a ten-day isolation period in England, thus meaning they would miss the start of the tournament, while the cost to the BCCI of not staging the IPL is about £360 million,” he further wrote. 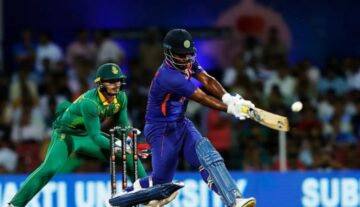