In recent times, everytime Team India steps out on the field in any format, all eyes automatically gets shifted towards Virat Kohli and he’s got used it to it now. But come the England tour it was something different. His record in Tests in the English conditions was miserable and his nemesis in 2014, James Anderson was licking his fingers again. But Kohli managed to overcome all the odds and played a roaring knock of 149 runs in the first innings which has forced Michael Atherton to point out the fact that he is the best player in the world right now.

Anderson troubled Virat during the early part of his innings and even Joe Root gave him an extended spell to challenge the temperament of the Indian captain. He missed some, edged some and was even dropped but Kohli’s determination to get his team out of trouble was at its peak. He kept on leaving the balls which were pitched on the probing lengths and most importantly he knew where his off-stump was.

With the help of tailenders, Virat Kohli propelled India’s score from 182/8 to 274 with Ishant Sharma and Umesh Yadav contributing only 6 runs to the total. He played the situation perfectly and hogged the strike with the expertise to frustrate the hosts and even at one stage, he was the one who was controlling the game rather than opposing captain.

Talking to Sky Sports about Kohli, Atherton said, “I think he’s the best player in the world. He had a bit to prove here because he had a miserable tour here four years ago when he suffered at the hands of Anderson. It was an intriguing personal battle between them yesterday and Kohli treated him with a great deal of respect. It was a truly great innings but it could have been a very different outcome had Malan held onto that chance when he had 21.”

The moving day of the Test match has completely been India’s favor till now as the hosts have hardy surpassed the lead of 150 runs and they have lost 8 wickets with all the recognized batsmen are back in the hut. 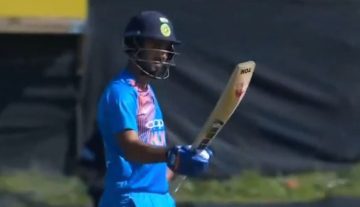