Legendary fast bowler, Michael Holding reckons that the coronavirus-forced break should be used to introspect whether the game is heading in the right direction. The 66-year-old cricketer-turned-commentator personally believes hitting the pause button for a while was necessary amid excessive commercialization of the sport.

During a chat with ESPNCricinfo, Holding said, “Just use the pause to look within the game, to look at what has been happening with the administrators, with the players, and think: Are we heading in the right direction? Is everything okay with our game? Personally, I don’t think so. Everybody has just been head-over-heels charging down the hill, looking for every dollar available. But can we just pause a bit, hit a plateau for a bit, and sit down and look and see if everything is fine? There is too much cricket being played, for one.”

ALSO READ: Virat Expects Much More Elegant innings From Rohit On His Birthday

The COVID-19 pandemic has brought the world to a standstill with sporting events across the globe that have been postponed or canceled. The cash-rich Indian Premier League (IPL) has been postponed indefinitely and the T20 World Cup, to be held later this year in Australia, is also under doubt.

The deadly disease has so far claimed around 2,30,000 lives with India accounting for more than 1000 deaths.

Holding, nicknamed ‘whispering death’ for his quiet approach, said sooner or later the administrators will have to resume cricketing action and if needed, behind the closed doors.

Describing the same, Michael said, “A lot of administrations figure that they have to play some form of the game to satisfy their broadcasters. Because if the broadcasters don’t get what they pay for, they are going to demand their money back. So they have to try and play cricket behind closed doors, or whatever form they can get to play. I can’t fault them for trying to do that.” 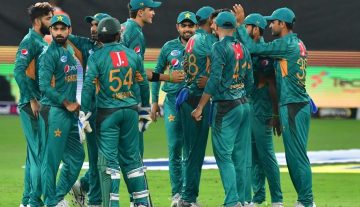