Former English skipper, Michael Vaughan suffered immense criticism from Indian fans over his 4-0 series prediction in the favor of Australia after India made a strong comeback to claim the 2nd Test within four days in Melbourne. Notably, Vaughan had predicted that India would be whitewashed 4-0 in the absence of Virat Kohli.

After India’s defeat in the Adelaide Test due to a batting collapse, Vaughan had tweeted, “Told ya … India are going to get hammered in the Test Series … #AUSvIND #4-0”.

India’s remarkable win comes after the visitors registeree their worst batting performance 36 all-out in an eight-wicket loss in the first test in Adelaide just over a week ago. Vaughan’s tweet predicting a whitewash for the touring Indian side against Australia hasn’t aged well. Cricket fans went back to Vaughan’s tweet after India leveled the series 1-1 to “politely” remind him about his prediction going wrong.

LIKE ENGLAND IS GOING TO BE HAMMERED WHEN THEY WILL TOUR INDIA ,BTW pic.twitter.com/5mZl3G8TAS

The Indian head coach, Ravi Shastri is a happy man after India’s 8-wicket triumph in the Boxing Day Test against Australia on Tuesday.

Earlier on Tuesday, India’s second innings started poorly as they lost Mayank Agarwal (5) and Cheteshwar Pujara (3) in quick succession leaving them reeling at 19/2. However, opener Shubman Gill (35*) and stand-in captain Ajinkya Rahane (27*) guided India home to level the four-match series at 1-1 ahead of the third Test.

Australia lost their last 4 wickets in the extended first session on Tuesday, as they also managed to add to 67 runs to their overnight score of 133 for 6 to set a meager target of 70 runs for India to level the series.

Siraj was the pick of the bowlers for the visitors as he scalped 3 wickets and conceded just 37 runs while Bumrah, Ashwin and Jadeja got a couple each and Umesh Yadav, who bowled just 3.3 overs in this innings before going off the field with a calf injury, got 1 wicket. 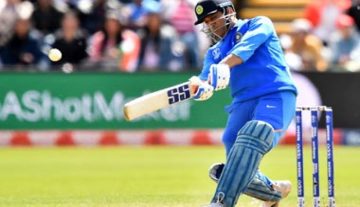