Batting great Wasim Jaffer is also known for his witty response on Twitter. Once again he came into the limelight while replying to Michael Vaughan‘s IPL prediction tweet. While this social media banter started since India’s tour of Australia in November last year, the latest one made everyone laugh.

Former England captain Michael Vaughan made his prediction for the upcoming edition of the Indian Premier League (IPL) where he predicted that Mumbai Indians will once again win the title this year and make it a hat-trick year of winning, and if they lose form by any chance, then SunRisers Hyderabad can have the chance to win the trophy.

“Early #IPL2021 prediction … @mipaltan will win it … if by some bizarre loss of form then @SunRisers will win it,” Vaughan tweeted.

Meanwhile, former India opener Wasim Jaffer replied to his tweet with a funny meme to indicate that his IPL prediction left Mumbai Indians and SunRisers Hyderabad fans in despair, while fans of other clubs were enjoying.

Earlier, Vaughan had predicted that Australia would whitewash India 4-0 in the Test series Down Under after India were bundled out for 36 in the first match to Australia. However, despite captain Virat Kohli’s absence who was on paternal leave and several injuries scares, India bounced back and won the series 2-1 as well and retained the Trophy too.

However, Wasim Jaffer was among the many who trolled Vaughan for his prediction and there was a different reason too as Jaffer would hope that Vaughan’s prediction goes wrong as he will certainly want his team Punjab Kings will win where he is the batting coach.

The 14th edition of the Indian Premier League will begin on Friday, April 9 with the two times defending champion Mumbai Indians playing against Royal Challengers Bangalore in the campaign opener in Chennai as well. On the other hand, Punjab Kings will begin their campaign against Rajasthan Royals on Monday, April 12. 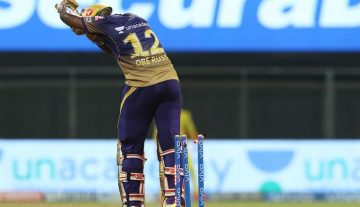