Former England captain Michael Vaughan has said that England should go for Justin Langer as head coach if Cricket Australia does not renew the latter’s contract. Vaughan named the tenure of Chris Silverwood as England coach as one that has become too comfortable.

However, England faced a 4-0 Ashes series loss including Ashley Giles and Silverwood stepping down as managing director and coach, respectively as well. Hence, Joe Root and co. will have to manage with an interim coach for their upcoming West Indies Tests s well.

In his column for The Telegraph, Vaughan wrote: “Gary Kirsten would be a great candidate as well, but if you want one person to come in with a huge point to prove, then it is Langer. He is an Ashes winner, T20 World Cup winner, and knows everything about playing in Australia. Just go get him. This England Test team needs some tough love. Joe Root needs a forceful coach next to him too.”

Meanwhile, Justin Langer, whose contract with Australia will expire in mid-2022, seems unlikely to continue. A few days ago, the West Australian had an alleged rift with Cricket Australia over this, but the governing body later denied too. Meanwhile, former players have backed Langer to continue as well.

Michael Vaughan shared: “Of all the England’s coaches, Chris Silverwood was given a terrible hand in Covid times with restrictions on all the players. Testing every other day and bubbles must have been hard, but ultimately he made some glaring mistakes this winter. The basics were not applied, and that is the responsibility of the coaching team. It is not a great look for another English coach to have failed.”

“At first, England might need the old Langer for a while, who is in total charge and a disciplinarian. England will deny there was a drinking culture in Australia, and they were not too soft, but I don’t care about that because clearly something was wrong,” Michael Vaughan concluded. 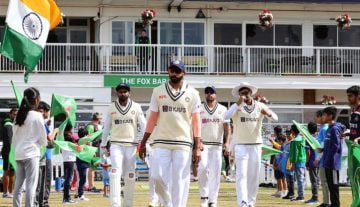