The Chennai Super Kings (CSK) all-rounder Mitchell Santner recently recalled the incident when the CSK skipper MS Dhoni walked out to the field to have an argument with umpires over a no-ball call during an Indian Premier League (IPL) match in 2019. Chennai Super Kings and Rajasthan Royals were locking horns in an intense game wherein they needed 18 runs off the final over in Jaipur.

Ben Stokes, who was bowling the final over for Rajasthan, conceded a six off the first ball to Ravindra Jadeja but got half-centurion MS Dhoni out with a yorker.

With 8 needed off 3, Stokes bowled a full-toss after which the on-field umpire appeared to raise his hand to signal a no-ball but decided to go against it in the end. A seemingly miffed Dhoni walked out to the middle to have an argument with the umpires that created a stir in the cricket fraternity.

Santner though kept his calm and helped CSK to get over the line with a final ball six and they won the match with 4 wickets in hand. Speaking to sports producer Rupha Ramani on CSK Instagram live session, Santner said Dhoni apologized for his action after the thrilling win.

The all-rounder recalled, “He (Dhoni) is so calm. But I think that shows you how committed he is to the team and how much of a family it is to him and how much it means to him to do something like that. It wasn’t anger, it was just one of the umpires just stuck his hand out and you can’t be going back. If we had lost it, there would have been more anger flowing around.”

He further explained, “We went on to win a few after that. Those kinds of games… if you get on the right side of the result… it can help you gain momentum moving forward. It wasn’t a perfect game but different people stepped up at different times. I obviously saw him out there. He was right next to the umpire. Obviously, he knew he was not allowed to do that. He apologized for straightaway. It might have flustered Stokes and gave me a good ball to hit. I am happy.”

Meanwhile, Mitchell Santner said the IPL helped him break some preconceived notions about some of the international cricketers. He also said he got to know more about Dhoni, thanks to his stint with CSK in the IPL.

Santner explained, “l always wanted to play with guys like Dhoni. Playing for New Zealand, I have played India a lot, home and away. Just the way he kind of goes about his business is calm and relaxed. I obviously tried to do something similar. I guess you might have preconceived ideas of some players when you watch them. I used to watch Shane Watson a lot and when I got to meet him, he was a little bit different from what I expected.” 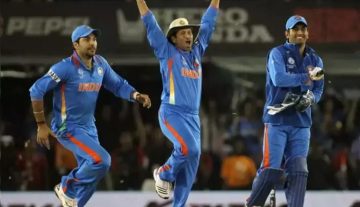