Australia registered a dominating win over South Africa in the second Test in Melbourne by an innings and 189 runs. After bowling the Proteas out on 189, Australia posted a mammoth score of 575/8 in their first innings; in return, South African batters again failed to do well as they lost half of their batting lineup on 128, and faced an innings defeat at the MCG. While the match has remained largely one-sided so far, tempers flared during Day 4 of the game when Mitchell Starc paused in his delivery stride to warn batter Theunis de Bruyn against backing out at the non-striker’s end.

The mode of dismissal, more commonly and informally known as the ‘Mankad’, has been used by various cricketers in the recent past, and even though the ruling doesn’t mandate a prior warning to the batter, a host of cricketers prefer to do so.

As Mitchell Starc warned de Bruyn, he could also be heard giving the batter a piece of his mind on the Stump mic. The southpaw pacer said,  “Stay in the crease. It’s not that hard. It’s (the crease) there for a reason mate!”

"Stay in your crease, it's not that hard!"

In the recent past, India women’s all-rounder Deepti Sharma garnered a lot of attention when she ran Charlotte Dean out at the non-striker’s end for England’s final wicket in an ODI at Lord’s, which also resulted in India winning the match and the series. Many former and current English cricketers came hard at Deepti despite the dismissal being legal.

India men’s off-spinner Ravichandran Ashwin has been one of the premier bowlers to use the mode of dismissal for a long time. He used the ‘Mankad’ to dismiss Jos Buttler in the 2019 Indian Premier League that had caused a similar outrage at the time.

The Marylebone Cricket Club (MCC) had recently made some changes to the laws, after which this mode of dismissal was re-termed as ‘run-out’. Later, the MCC also reacted to Deepti Sharma’s episode, stating “MCC’s message to non-strikers continues to be to remain in their ground until they have seen the ball leave the bowler’s hand. Then dismissals, such as the one seen yesterday, cannot happen.” 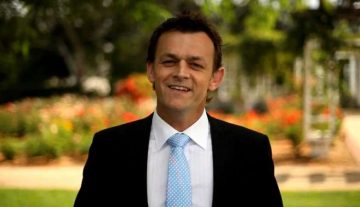