The skipper of India’s women’s team Mithali Raj has a great idea for fans who are now feeling bored after the end of the 11th edition of the Indian Premier League (IPL) 2018. The comeback season of Chennai Super Kings (CSK) met a fairytale end as they lifted the trophy for the third time in the history of the tournament. But the end of the 11th season of the cash-rich T20 extravaganza has left a void in the lives of Indian cricket fans who are longing for some sports action.

Here’s what Mithali tweeted — “Feeling the void after the IPL? We’re in Malaysia for the #Asiacup2018 🙂 #justsaying See you, India? 🏏 🇮🇳”.

Feeling the void after the IPL? We’re in Malaysia for the #Asiacup2018 🙂 #justsaying See you, India? 🏏 🇮🇳

What do you do when it is ⛈️🌧️ outside and you are confined to the dressing room?

These girls have the answer. #AsiaCup pic.twitter.com/Y1ByT1Rmvz

Mithali scored 22 for Harmanpreet-led Supernovas against Smriti Mandhana-led Trailblazers. Asia Cup T20 will give the Indian team to dominate the terms in Asia. They were the runner-ups of World Cup 2017 in England and enter the tournament as favorites. 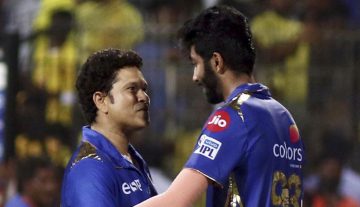 News
By CricShots - Jan 3, 2020
Jasprit Bumrah Revealed The Feeling When He Bowling To Sachin And Ponting