Indian women’s ODI team skipper Mithali Raj is eyeing a direct entry in the World Cup 2021 and avoid playing the qualifiers like last year. She believes it will be hard to play against England in the absence of Indian star batter Harmanpreet Kaur, who is suffering from an ankle injury and has been ruled out of the One-Day International series.

The Indian women’s team begins its three-ODI series against England at home on Friday in the absence of star player Harmanpreet. Mithali said her team is focused on holding on to its position in the top four of the world rankings till 2020 to get direct qualification for the 2021 World Cup.

“It’s a very important series for us, being number three right now in the points table. Points are at stake and I definitely want the team to get a direct entry (into the next World Cup). It’s important to get as many points as possible from the series,” she said on the eve of the series.

India defeated England by 2-1 when they last time visited here but Raj feels Harman’s absence will show the depth of Indian batting line-up.

“England are a formidable side, being the World Cup champions and they will come strongly at us. We should be playing a positive brand of cricket,” said Mithali.

“They’ve got their senior players back into the squad, and we are without one of our senior players. But this series will also show how we meet this challenge. It will reflect the depth of our team.”

The Indian skipper said the team will miss Harman but at the same time, it will give youngsters a chance to show their metal. 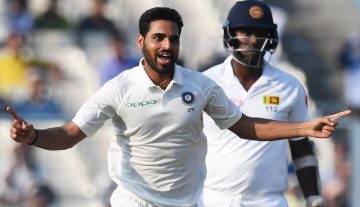