After Saina Nehwal and Kapil Dev, it has been heard that the biopic of Indian women’s cricket team captain Mithali Raj is expected to be made in a short while.

Viacom18 Motion Pictures has taken the rights of scripting the life of the cricketer star who gathered a lot of eyeballs after India’s journey to the final of the Women’s World Cup which the team lost by nine runs to England.

Despite losing the World Cup final, Raj caught the attention of many, thanks to her spectacular batting performance during the tournament.

Ajit Andhare of Viacom18 Motion Pictures said, “We are proud to be collaborating with the young and inspirational Mithali Dorai Raj, a name single-handedly responsible for bringing about a shift in the way women’s cricket team was perceived in our country.”

Now we will anxiously be waiting o hear that which actress will portray Mithali Raj for her biopic. Here is what makes Mithali Raj’s story worth being turned into a movie:

Mithali made her debut in cricket at the age of 16 in 1999 and there was no looking back for her since then. At the age of 14, she was chosen as the probables in the 1997 World Cup but she did not make the cut. However, two years later at the tender age of 16, she slammed her first international century against Ireland which made her the youngest centurion in women’s ODIs. Since then, a lot of times it has been said that she is the ‘Sachin Tendulkar of Women’s Cricket’. She is also the first woman to score 6000 ODI runs in one-day international cricket.

Talking about the film, Raj said, “I am extremely happy with this association with Viacom18 Motion Pictures. Hoping that this movie inspires more people especially young girls to take up sports as a career.” 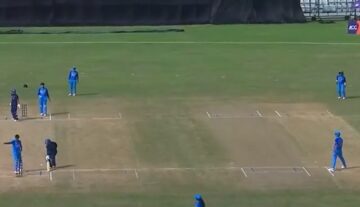 Videos
By CricShots - Oct 11, 2022
Deepti Sharma Runs Out The Non-striker With Her Brilliance