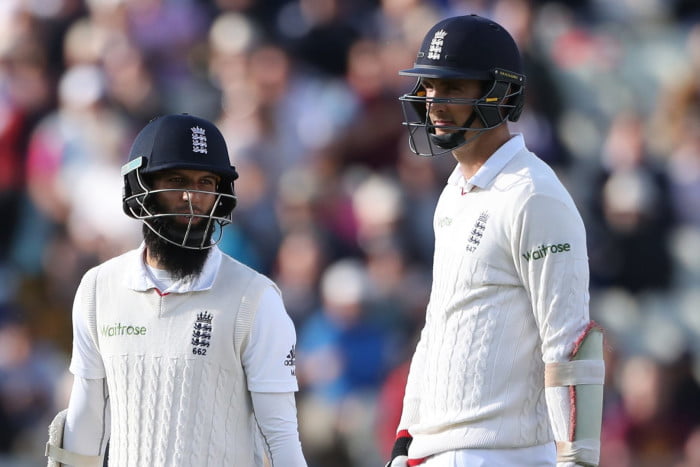 After an absence of their star all-rounder Ben Stokes, England gets another setback in form of two injured players. Pacer Steven Finn and all-rounder Moeen Ali have been injured during team’s practice session in Richardson Park, Perth. Both players to undergo scans by tomorrow before the first warm-up match.

Finn injured left knee during batting practice in the nets on Thursday and Ali is suffering from a sore in the left side. These injuries forced them to miss the further training session. Ali will miss the first two-day warm-up match against Western Australia XI, which will start from November 4.

Steven Finn (knee) and Moeen Ali (side) will undergo scans tomorrow (Friday) to determine the extent of their injuries. pic.twitter.com/Z5gQiY1aIq

The lanky fast bowler was very lucky to come into the squad post-Ben Stokes’ exclusion from the touring team. Stokes has been suspended by ECB after getting involved in a brawl outside a nightclub in Bristol. Finn, earlier, admitted that this opportunity will help him to revive his Test career, who played his last Test around 12 months ago.

Ali’s sudden injury is increasing the headaches in England’s think tank as he is one of two spinners in the squad. Uncapped Mason Crane is a leggie and has nothing to show as experience while the southpaw is among world’s best all-rounder currently.