Former Pakistan pace bowler Mohammad Amir had left everyone shocked when he called time on his cricket career last year. However, in a dramatic way, he is now open to returning to Pakistan cricket again, as reported by Daily Pakistan.

In December 2020, Mohammad Amir had announced his retirement from international cricket. While announcing his retirement, Amir had shared that he was not being treated with respect and was being tortured by the management as well. According to the report, Mohammad Amir said to private media, “I am available for team”.

However, Amir’s decision came in place following the resignation of head coach Misbah ul-Haq and bowling coach Waqar Younis. Earlier, he had blamed them only for his premature retirement. He had also said that he would think to return for the Pakistan team only if the current management is not there.

Earlier ARY Sports, in their report, had quoted Amir, “Wasim Khan visited my house before PSL 6’s second leg and we had a detailed discussion on my retirement. I shared all my concerns with him, and to be honest; he listened to them very seriously. My case was portrayed in a wrong way by the current management.”

On the other hand, Pakistan captain Babar Azam had also expressed his desire to bring him back into the squad ahead of the upcoming ICC T20 World Cup. Azam had said that he would like to have Mohammad Amir back into the team, adding that he is still “one of the best in the world”.

Meanwhile, the Pakistan cricket board has recently announced the 15 member squad for the T20 World Cup but the team won’t get the service of the head coach Misbah ul Haq and bowling coach Waqar Younis. Pakistan’s official Twitter account confirmed their resignation news, stating that “Misbah and Waqar step down from coaching roles.”. 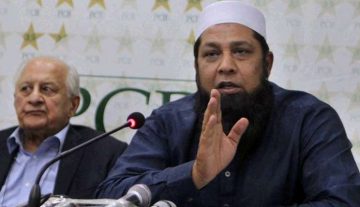