Team India is currently locking horns with England in the three-match T20I series and will be playing the same number of ODIs against the same team. They have been taken aback because of the injury of Jasprit Bumrah who has been ruled out of the series and is doubtful for the Tests as well. However, the talented fast bowler Mohammed Shami has cleared his yo-yo fitness test now an has made himself available for the selection in the five-match series.

Shami has recently been dropped from the squad ahead of the historic Test match against Afghanistan for failing to clear the fitness test which had raised questions over his availability for England series. Moreover, Shami has been going through a bunch of personal problems over the last few months which led him to play a few matches in the Indian Premier League (IPL) for his franchise Delhi Daredevils (DD).

ALSO READ: Mohammed Shami Brushes Off The Allegations Of His Second Marriage

Mohammed Shami took to his official Instagram handle to confirm the news of him clearing the yo-yo test and was delighted to travel to Delhi. He was one of the most impactful bowlers for the Indian team in the Test series against South Africa as well which India lost by 2-1. The five-match Test series against England is expected to be the toughest for the Virat Kohli-led side.

Team India have struggled immensely in the country in the last few years and the fact that Shami has passed the fitness test bodes well for them now. The 28-year-old will be now roaring to make a comeback after having a torrid time off the field. 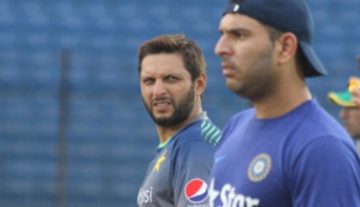