The fiery Indian pacer, Mohammed Shami has reportedly tested positive for covid-19 and hasn’t traveled with the Indian team to Mohali where the first game of the upcoming three-match series will be played against Australia. According to the latest report of Cricbuzz, Shami is expected to be replaced by Umesh Yadav.

It’s a major setback for Mohammed Shami who was in line to play his first T20I after the world cup last year in UAE. He had been named in both the T20I squads for the Australia and South Africa series and he has also been added to the standby list for the T20 World Cup beginning next month.

Shami’s replacement Umesh was playing for Middlesex in England’s Royal one-day cup but his stint ended due to a quad injury. He has been undergoing rehabilitation for the injury at the National Cricket Academy but now may link up with the India squad for the Australia T20Is.

Mohammed Shami wasn’t considered for the Asia Cup squad, which didn’t sit well with many fans and critics. Shami was finally called up for the T20 World Cup squad as a standby player and was included in the squad for the upcoming series against Australia which was set to start on 20th September.

However, news broke on Saturday that the 32-year-old had tested positive for Covid-19 and isn’t in Mohali at the moment with the team. The BCCI medical team is set to make a call on his participation in the series against Australia. But the chances are that he will be ruled out of the three matches against Australia. 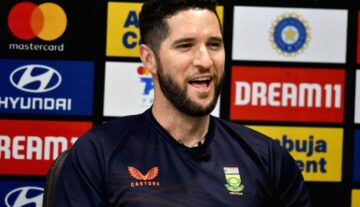