The Indian fast bowler, Mohammed Siraj dismissed Kyle Mayers and Shamarh Brooks in his first over of the second innings against West Indies in the ongoing final ODI of the three-match series at the Queen’s Park oval in Trinidad. India amassed 225/3 in the first innings with the help of half-centuries from Shikhar Dhawan and Shubman Gill.

Earlier in the game, India’s stand-in skipper, Shikhar Dhawan won the toss and decided to bat first. While, India made just one change in their squad as Avesh Khan made way for Prasidh Krishna, West Indies made as many as three changes as Alzarri, Rovman, and Shepherd made way for Jason Holder, Keemo Paul, and Keacy Carty.

Mohammad Siraj is considered a very deadly bowler with the new ball and he came hard on the Caribbean batsmen. West Indies needs to chase down a target of 257 runs in 35 overs due to the change in the playing conditions due to rain. Siraj had a challenge in front of the host team. He had clean bowled opener, Kyle Mayers on the very first ball of the very second over of the innings. After the dismissal of Mayers, Mohammed Siraj dismissed Shamarh Brooks, who came at number 3, LBW.

Here is the video of the wickets taken by Mohammed Siraj:

A remarkable over from @mdsirajofficial, bagging #Mayers and #Brooks while only giving away one run. Spectacular.

ALSO READ: Ravi Shastri Predicts There Will Be Two IPL Seasons In Future 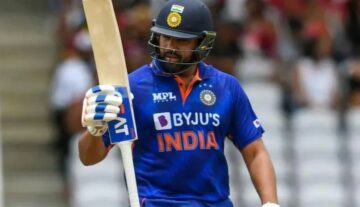