Former Pakistan batsman and national coach Mohsin Khan reckons that the much-improved pace attack of Team India combined with a weak Australian Test team makes the visitors favorites for the upcoming four-Test series. On Friday, Pakistan outplayed Australia by 373 runs in the second Test in Abu Dhabi to clinch the two-match series 1-0.

Mohsin played 48 Tests and 75 ODIs for Pakistan between 1977 and 1986. He expects India’s tour of Australia to be an interesting series with the visitors having the edge. As quoted in Mid-Day, Mohsin said, “Let’s put it this way … the Indian team will have to play very poorly to lose in Australia. They certainly have the edge over Australia.”

Team India will commence their Australian tour in November with a three-match T20I series. The Test series will commence from December 6 at the Adelaide Oval to be followed by a three-ODI series.

ALSO READ: WAGs Of Indian Players Will Be Allowed After First 10 Days Of Overseas Tour

He further added, “However, India are a much-improved side. What is most impressive about India is that they have some good fast bowlers and that will come in handy on the Australian tour. They have troubled sides recently and I am confident of the pacemen doing well again.”

Mohsin also showered praise for Pakistan who outclassed Australia in the UAE. He said they were brilliant and should’ve won the first Test in Dubai as well and the scoreline could’ve been 2-0. 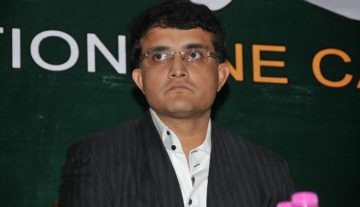