Chennai Super Kings (CSK) skipper, MS Dhoni was elated after their win against the Punjab Kings (PBKS) in Match 8 of the ongoing Indian Premier League (IPL) 2021 season, at the Wankhede Stadium on Friday. It was Dhoni’s  200th match for Chennai and teh win made it even special. On being asked about how he feels about playing 200 fixtures for CSK, Dhoni smiled and replied, “Makes me feel very old.”

The former Indian skipper recalled that his journey with Chennai has taken him to different conditions and countries. He also revealed that he has never been happy with the Chennai wicket during his ongoing CSK career.

Elaborating the same, MS Dhoni said, “I think 2011 was the last time we were happy with the Chennai wicket. After that, however hard the groundsmen tried we were not happy with the wicket.” While talking about the Wankhede pitch, MS said, “We have a good pitch here. There is movement off the seam, bounce, and runs. The ball doesn’t swing a lot. So when there is no dew, it seams for an extended period.”

Deepak Chahar was the pick of the bowlers for Chennai during their win against Punjab. The India international took four wickets in four overs, restricting PBKS to only 106 for eight in 20 overs. Chahar dismissed Mayank Agarwal, Chris Gayle, Deepak Hooda, and Nicholas Pooran. Praising Chahar.

Talking about the pacer, MS Dhoni said, “He has developed as a death overs bowler too. If I’m looking to attack and there is a movement I try to bowl him because he gets more out of the pitch. As a bowling unit, we have more resources. I was looking to attack, so got done with his four overs and it helps in becoming fit. To bowl four successive overs you need to be fit.”

After the win, Chennai found themselves at second place in the league standings after two games. Royal Challengers Bangalore (RCB) are the only unbeaten team after two matches each and are on top of the table. 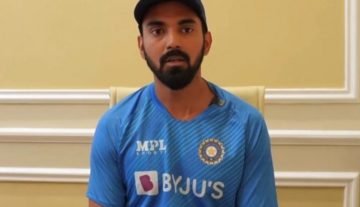