As part of Bhartiya Janta Party’s (BJP) ‘Contact for Support’ campaign, party chief Amit Shah met former Indian skipper MS Dhoni in New Delhi on Sunday and shared with him the work done by the central government in the past four years.

“As part of ‘Sampark for Samarthan’ initiative, met MS Dhoni, one of the greatest finishers in world cricket. Shared with him several transformative initiatives and unprecedented work done by Prime Minister Narendra Modi’s govt in the last 4 years,” Shah tweeted after meeting the World Cup winning captain.

The BJP president was accompanied by Finance Minister Piyush Goyal and other senior party leaders during the meeting.

As part of "Sampark for Samarthan" initiative, met @msdhoni, one of the greatest finishers in world cricket. Shared with him several transformative initiatives and unprecedented work done by PM @narendramodi's govt in the last 4 years. pic.twitter.com/dpFnPWTwWn

Shah’s meeting with was the latest in a series of meetings he has had with leading public figures from various fields as part of the BJP’s mega public contact drive with Lok Sabha polls less than 10 months away.

ALSO READ: MS Dhoni to improve Tamil in next IPL

In order to spread the word about the government’s achievements, the party has asked more than 4,000 functionaries to get in touch with one lakh people, who are well-known in their fields. Kicking off the exercise, the BJP president met former Army chief Dalbir Singh Suhag and ex-secretary general of Lok Sabha Subhash Kashyap on May 29. Since then, he has met industrialist Ratan Tata and actress Madhuri Dixit among others.

Recently, MS posted a video on his official Instagram account while donning shades and in an attire which resembles him taking control of the race track. In the video, Mahi can be seen riding a bicycle on a slope but is not using pedals. The slow-motion video also shows Dhoni trying to strike balance by holding a wooden plank in his mouth along with a square frame around the bicycle. 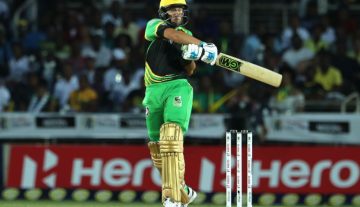