Ahead of the IPL 2021, Chennai Super Kings (CSK) players were seen locking horns at each in an intra-squad match. The official Twitter handle of the CSK has posted a highlight of the match. In the video, the skipper, MS Dhoni can be seen hitting a fine square cut before stumping a batsman in his trademark fashion. Fans can also see glimpses of Suresh Raina, Cheteshwar Pujara, Dwayne Bravo and Ravindra Jadeja, Sam Curran, Moeen Ali, Deepak Chahar, and Shardul Thakur in the highlights.

The video can be an intimidating one for the various oppositions as it shows MS Dhoni and Suresh Raina joining forces to hit some towering sixes. While Dhoni hits it down the ground, Raina just flicks one-off Ravindra Jadeja towards a deep square leg. However, Jadeja can be seen returning the favor to Raina very shortly.

ALSO READ: Virat Kohli Thinks He Will Be Never Leave Playing For The RCB

The video appears to show Deepak Chahar bowling the last over and dismissing Robin Uthappa and Ravindra Jadeja in it.

The 3-time champions are looking to turn their fortunes after witnessing a forgettable outing last season. The team has some new players in Robin Uthappa and Moeen Ali. CSK will be locking horns with DC in their first IPL 2021 encounter on April 10 in Mumbai.

Talking to Sports Today, former Indian spinner, Pragyan Ojha has said that Suresh Raina’s return will add a lot of value to CSK. He added that Raina is the cushion MS Dhoni always has had.

Ojha had said, “Last year, CSK was missing Suresh Raina. He has delivered for more than a decade now. He has done so much for CSK. He is one of the core members. If you look at CSK’s success formula, one of the ingredients is Suresh Raina. In fielding, in batting, and giving a piece of advice for MS Dhoni. I think this year, Raina will add a lot of value not only with the bat, with the fielding and also discussing few important things about strategy during a crisis (with Dhoni).” 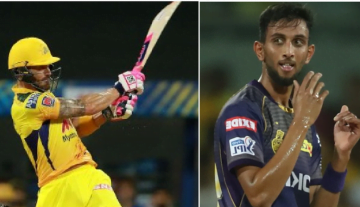