Former CSK skipper, MS Dhoni has been one of the best wicket-keepers in world cricket and he proved it once again in the ongoing game against Punjab Kings. Confusion between Bhanuka Rajapaksa and Shikhar Dhawan led to the former trying to return back to the batter’s end when MS Dhoni ran him out with a diving effort.

After winning their first game of the IPL 2022, Punjab Kings had a disastrous start against Chennai Super Kings. Batting first, PBKS lost their skipper, Mayank Agarwal in the first over. However, the team suffered the second blow of the innings when MS Dhoni ran out Bhanuka Rajapaksa in the second over itself. The team was reeling at 14/2 as a result of the wicket.

Chris Jordan was bowling the second over of the innings Rajapaksa was facing and he played it with soft hands towards mid-on but any fielder wasn’t positioned there. However, there was a mix-up between both the batters, and Rajapaksa had to return back to the batter’s end midway.

Jordan was quick to fetch the ball and throw it towards the striker’s end. He missed the throw at stumps but MS Dhoni collected it and hit the stumps with a diving effort. The Sri Lankan batsman was short of the crease and was sent packing by Dhoni’s dazzling glovework.

Here is the video of the athletic effort from MS Dhoni:

Here is how fans reacted to the effort from MS Dhoni:

If Dhoni is smiling then the batsman has to go. No third umpire needed🤓

And some people were again doubting on the fitness of MS DHONI
And again he proved them wrong 😭💛🦁 That run-out !! Now it has been pinned in my veins

40 years olds are not fit and can't run and dive properly.

#Dhoni flying to make the stumping is one of the best things #CSK guys hoped to see. #CSKvsPBKS #Jadeja pic.twitter.com/V3K2QCKTMx 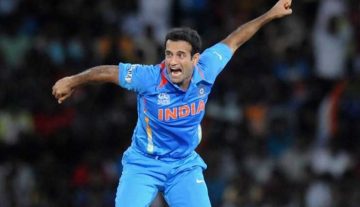