All the Indian Premier League (IPL) franchises have already started preparing for the 15th edition of the tournament in 2022. In the latest turn of events, the Chennai Super Kings (CSK) have also started their preparations for the upcoming season. This time the fans of Chennai can be surprised about the captain of the team. According to the latest reports, this time the CSK team can change its captain as MS Dhoni will be expected to hand over his captaincy to another player in the franchise.

The CSK team management and MS Dhoni have made it clear that they want to prepare for the future as well. In the upcoming season, Dhoni can give the command of the team to someone else. In such a situation, some of the latest reports are suggesting that Dhoni can give his captaincy to Ravindra Jadeja and MS will act as the mentor of the team.

CSK has retained four cricketers ahead of the mega auction. They have retained MS Dhoni as the captain of the team apart from him , they have retained  Ravindra Jadeja and Rituraj Gaikwad, who played an important role in the team’s title win last season. Apart from this, all-rounder, Moeen Ali has been selected among the foreign players.

#IPL2022 Buzz : #CSK – #Dhoni might hand over the Captaincy to #Jadeja this season and see smooth transition for laying the foundation for the new team..

ALSO READ: Shreyas Iyer Can Be Targetted By KKR For The Captaincy Position

In the 14th edition of eth IPL, CSK lifted the coveted trophy for the fourth time and they will be eyeing to win the cup in 2022 as well. With the new captain, the franchise can prepare the future blueprint for the team of the Chennai-based team in the upcoming season with MS Dhoni as the mentor. 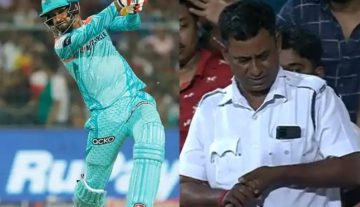