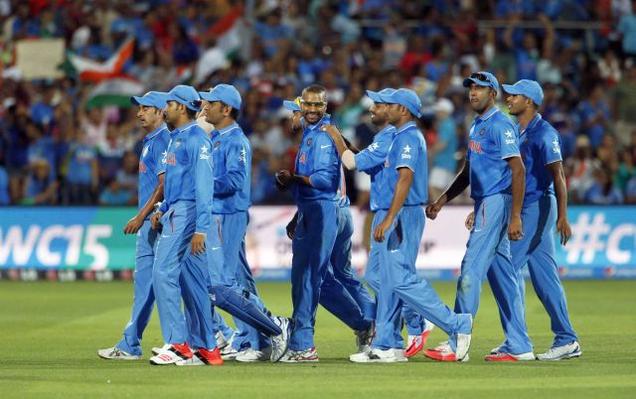 In Champions Trophy 2017, fans have witnessed some of the memorale moments and they have had plenty to cheer. The Team India has been clinical with their performances except for the upset against the Sri Lankans.

However, India’s fielding has been one of the most highlighted spots for the men in blue and that’s what has set the team apart. They have raised their standards to become of the furious fielding units in the world.

The reason for this young and dangerous looking fielding side can be fetched from India’s tour to Australia back in 2012. That was a time when India’s hen skipper MS Dhoni was looking to rebuild the team into a great fielding side.

Dhoni had the balls to suggest an idea that in order to improve the fielding, some seniors need to be rested. Veterans like Gambhir, Sachin, and Sehwag were not allowed to let their batting skills overshadow their otherwise average fielding. The central point was to extract some resistance by them, but Dhoni believed in his mission.

Slowly and steadily the results started speaking for themselves. The inclusions of class fielders like Suresh Raina and Ravindra Jadeja made a big difference to the squad. Even Rohit Sharma earned a reputation of a good fielder. Suddenly batsmen started not take a risk with the Indian fielders around and also started not to apply pressure on the fielders, as it backfired most of the times.

During the start of the 2013 season, the Indian fielding graph raised exponentially and India were on a roll in all formats of the game. The emergence of Ajinkya Rahane too made a huge change in the squad. Now, the players have sealed their field positions from where they throw themselves around and help the team to restrict opposition team to convert those 1’s into 2’s or 2’s into 3’s.

If we got a little bit in the past, players like Yuvraj Singh and Mohammad Kaif brought revolution in Indian fielding as they started putting effort on the field. However, compared to that era the current Indian squad is lean, fit and ready to demolish any opposition in world cricket. The fielding coach R Sridhar, Dhoni and Virat can proudly hold their heads high and feel proud of the hard working ethic that they have placed on this squad.