Former Indian skipper MS Dhoni, who is often known as captain cool will be seen doing the captain duties yet again. As India will be playing the Test matches in South Africa, MS Dhoni could be playing for Jharkhand in the Syed Mushtaq Ali Trophy 2017-2018.

MS is already making a comeback in captaincy as he will be captaining the comeback team, Chennai Super Kings in the IPL is almost certain. As Dhoni would be available for state duties, he might well be leading the side in the domestic tournament.

If selected, Dhoni will lead the team in the four-stage league matches that the team would play in the Syed Mushtaq Ali Trophy 2017-2018. Last time Dhoni led Jharkhand in the Vijay Harare Trophy.

Dinesh Karthik has already been named in the Tamil Nadu team which will be lead by Vijay Shankar. Not just Dhoni but Shreyas Iyer, Yuzvendra Chahal, Kedhar Jadhav, Axar Patel will also be available for their respective teams as they would go to South Africa later to play the limited overs format.

Jharkhand would play its 4 matches against Orissa, Tripura, Bengal, and Assam. All of these matches will be played at Ranchi itself and it is most likely that Mahi will be leading his home team in the T20 tournament. 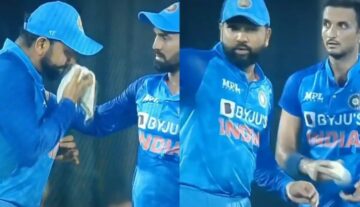