Mumbai Indians (MI) have become the second franchise in the history of the Indian Premier League (IPL) to defend the title. In the IPL 2020 final, they registered a dominating win over the Delhi Capitals (DC) to lift the IPL trophy for the record fifth time. Their best players put their hand up yet again with Trent Boult and more importantly, the skipper Rohit Sharma coming out all guns blazing in their respective departments.

Earlier, Shreyas Iyer won the toss and decided to bat first, but Boulthurt them with the new ball. He nipped out Marcus Stoinis on the first ball of the match. He continued to let the ball do teh talking as he dismissed Ajinkya Rahane as well and then Jayant Yadav castled Shikhar Dhawan to leave DC reeling at 22/3 in the 4th over. This is when Shreyas Iyer and Rishabh Pant decided to counter-attack on the opposition bowlers. The latter found his groove at the crucial time for his team.

Iyer and Pant added as many as 96 runs for the fourth wicket and laid the perfect foundation for the Capitals to go big in the last five overs. However, Nathan Coulter-Nile who broke the partnership, but Iyer slammed a half-century at the other end. However, MI’s exceptional death bowling came to the fore on the day. While Bumrah was once again unplayable at the death, Boult got teh prized wicket of Shimron Hetmyer. Eventually, DC only managed to reach a total of 156 runs in their 20 overs.

The 156-run chase could’ve been tricky for the defending champions. But their openers Rohit Sharma and Quinton de Kock were determined came out all guns blazing to smash the DC bowler all-over the park. They added as many as 45 runs in the first four overs as well. De Kock was the first one to go with Marcus Stoinis striking off the first ball of his spell.

But Rohit didn’t lose his focus and even Suryakumar Yadav came out and slammed a four and a six to get going. The duo kept the Mumbai Indians ahead in the chase to add 46 runs, but it ended with a horrible mix-up to end the partnership. Rohit made sure though that he stayed in the middle to take his team home as he completed a half-century clicking at the perfect time for the team.

However, the MI skipper couldn’t remain unbeaten and got out after scoring 68 off 51 balls. Despite losing two more wickets in the end, the MI were on their way to lift the trophy for the fifth time. Ishan Kishan once again stood like a rock to take the team home in the 19th over of the innings. MI was absolutely dominating in the final and their experience in the crunch game worked for them while the Capitals should be proud of their effort and will hope to come back strong in 2021.

Here is how Twitter reacted to MI’s title defense:

5 titles since 2013, heck of an achievement in such a competitive tournament #IPLfinal #IPL2020 #MIvsDC

#Mi isn’t just the best team in the #IPL, they’re the best team on the planet. Head and shoulders above the rest. Winning the crown is difficult…defending it is even tougher. Only the second team to do so in the IPL. 👏👏 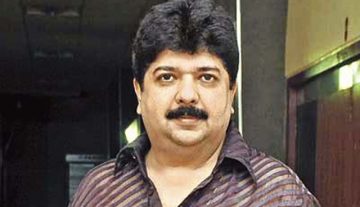